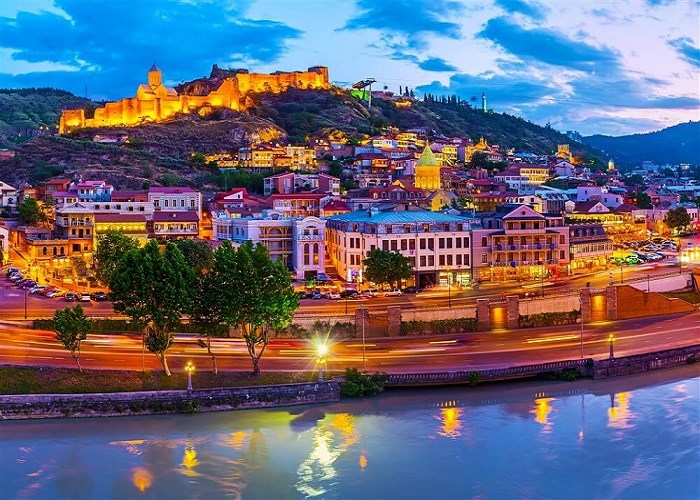 Georgia All packages are available upon request

Georgia, a country at the intersection of Europe and Asia, is a former Soviet republic that’s home to Caucasus Mountain villages and Black Sea beaches. It’s famous for Vardzia, a sprawling cave monastery dating to the 12th century, and the ancient wine-growing region Kakheti. The capital, Tbilisi, is known for the diverse architecture and mazelike, cobblestone streets of its old town.

Tbilisi is the capital of the country of Georgia. Its cobblestoned old town reflects a long, complicated history, with periods under Persian and Russian rule. Its diverse architecture encompasses Eastern Orthodox churches, ornate art nouveau buildings and Soviet Modernist structures. Looming over it all are Narikala, a reconstructed 4th-century fortress, and Kartlis Deda, an iconic statue of the “Mother of Georgia.”

Batumi, a Black Sea resort and port city, is the capital of the Georgian republic of Adjara. Batumi Boulevard encompasses a waterfront promenade with a park and beach. The 130m-high Alphabetic Tower, adorned with Georgian script, has a seaside observation deck. The old town district is lined with renovated 19th-century buildings. North of the city, Batumi Botanical Garden showcases flora from around the world.

Original and copy of the passport (Passport should be valid for at least six (6) months from the date of visa issuance.)