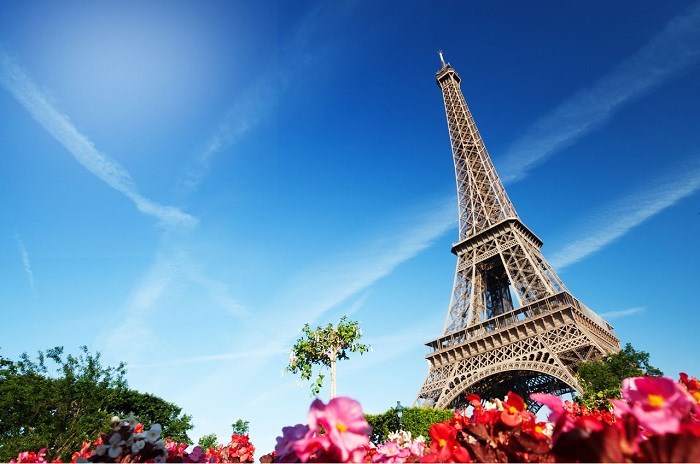 Paris All packages are available upon request

DescriptionFrance, in Western Europe, encompasses medieval cities, alpine villages and Mediterranean beaches. Paris, its capital, is famed for its fashion houses, classical art museums including the Louvre and monuments like the Eiffel Tower. The country is also renowned for its wines and sophisticated cuisine. Lascaux’s ancient cave drawings, Lyon’s Roman theater and the vast Palace of Versailles attest to its rich history.

DescriptionParis, France's capital, is a major European city and a global center for art, fashion, gastronomy and culture. Its 19th-century cityscape is crisscrossed by wide boulevards and the River Seine. Beyond such landmarks as the Eiffel Tower and the 12th-century, Gothic Notre-Dame cathedral, the city is known for its cafe culture and designer boutiques along the Rue du Faubourg Saint-Honoré.

The Eiffel Tower is a wrought-iron lattice tower on the Champ de Mars in Paris, France. It is named after the engineer Gustave Eiffel, whose company designed and built the tower.

The Louvre, or the Louvre Museum, is the world's largest art museum and a historic monument in Paris, France. A central landmark of the city, it is located on the Right Bank of the Seine in the city's 1st arrondissement

Notre-Dame de Paris, often referred to simply as Notre-Dame, is a medieval Catholic cathedral on the Île de la Cité in the 4th arrondissement of Paris. The cathedral is consecrated to the Virgin Mary and considered to be one of the finest examples of French Gothic architecture

The Arc de Triomphe de l'Étoile is one of the most famous monuments in Paris, France, standing at the western end of the Champs-Élysées at the centre of Place Charles de Gaulle, formerly named Place de l'Étoile — the étoile or "star" of the juncture formed by its twelve radiating avenues

The Avenue des Champs-Élysées is an avenue in the 8th arrondissement of Paris, France, 1.9 kilometres long and 70 metres wide, running between the Place de la Concorde and the Place Charles de Gaulle, where the Arc de Triomphe is located

The Musée d'Orsay is a museum in Paris, France, on the Left Bank of the Seine. It is housed in the former Gare d'Orsay, a Beaux-Arts railway station built between 1898 and 1900. The museum holds mainly French art dating from 1848 to 1914, including paintings, sculptures, furniture, and photography.

The Jardin du Luxembourg, also known in English as the Luxembourg Gardens, is located in the 6th arrondissement of Paris, France. It was created beginning in 1612 by Marie de' Medici, the widow of King Henry IV of France, for a new residence she constructed, the Luxembourg Palace

The Place de la Concorde is one of the major public squares in Paris, France Measuring 7.6 hectares in area, it is the largest square in the French capital. It is located in the city's eighth arrondissement, at the eastern end of the Champs-Élysées

Original and copy of the passport (Passport should be valid for at least six (6) months from the date of visa issuance.)