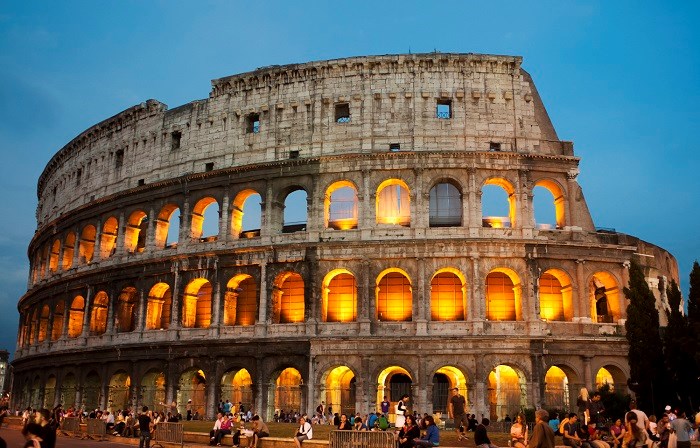 Italy, a European country with a long Mediterranean coastline, has left a powerful mark on Western culture and cuisine. Its capital, Rome, is home to the Vatican as well as landmark art and ancient ruins. Other major cities include Florence, with Renaissance masterpieces such as Michelangelo’s "David" and Brunelleschi's Duomo; Venice, the city of canals; and Milan, Italy’s fashion capital.

Rome, Italy’s capital, is a sprawling, cosmopolitan city with nearly 3,000 years of globally influential art, architecture and culture on display. Ancient ruins such as the Forum and the Colosseum evoke the power of the former Roman Empire. Vatican City, headquarters of the Roman Catholic Church, has St. Peter’s Basilica and the Vatican Museums, which house masterpieces such as Michelangelo’s Sistine Chapel frescoes.

Verona is a city in northern Italy’s Veneto region, with a medieval old town built between the meandering Adige River. It’s famous for being the setting of Shakespeare’s "Romeo and Juliet." A 14th-century residence with a tiny balcony overlooking a courtyard is said be “Juliet’s House." The Verona Arena is a huge 1st-century Roman amphitheater, which currently hosts concerts and large-scale opera performances.

Naples, a city in southern Italy, sits on the Bay of Naples. Nearby is Mount Vesuvius, the still-active volcano that destroyed nearby Roman town Pompeii. Dating to the 2nd millennium B.C., Naples has centuries of important art and architecture. The city's cathedral, the Duomo di San Gennaro, is filled with frescoes. Other major landmarks include the lavish Royal Palace and Castel Nuovo, a 13th-century castle.